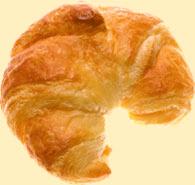 The judges have reached a verdict, and we have a winner in the Counter-Jihad Slogan Contest. Pamela at Atlas Shrugs, Francis at L’Ombre de L’Olivier, and a4g at Point Five had their work cut out for them, what with 156 entries from 61 different contributors.

The grand prize (this virtual Vienna Crescent) goes to ZionistYoungster for:

A special acknowledgement to ScottSA, who started the whole thing with his slogan, Let’s Stop Pretending.

And the Gates of Vienna favorite was from Jason Pappas: Send a jihadi to paradise.

Thanks to everyone who contributed. This contest has sparked suggestions for additional ones, so stay tuned…