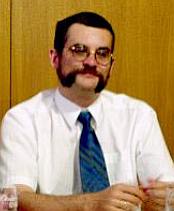 Many readers have emailed Gates of Vienna to express their dismay over the treatment of Paul Belien of The Brussels Journal.

I have sent the following letter to the Counselor for Political Affairs in Washington, expressing my dismay and sorrow at Belgium’s scapegoating of a loyal citizen.

We are fortunate to live in America, where we may still question authority, poke fun at the self-important, and warn others of what we see as dangers to our nation’s security and integrity. Those freedoms are disappearing in Europe.

The lights are going out again and this time there will be no one to rekindle them.

As many others have done, I wish to register my objections to what is becoming overt and systematic harassment of M. Paul Belien of The Brussels Journal.

It is amazing to discover that an educated person is not permitted to school his or her children at home in Belgium – or at least he may not do so if he says or writes things with which his government disagrees. I cannot imagine how Belgium can call itself a democracy when it resorts to such petty tactics to silence its critics.

I have seen editorials in which M. Belien has been called names. I have read his posts describing his visits to the police station. And, sadly, I read what the Belgian cardinal said about M. Belien some months ago.

He has been blamed for any number of incidents that have no bearing on what he writes or believes and the obvious scapegoating is a black mark against Belgium’s record of tolerance.

Any democracy that silences its critics puts itself in jeopardy. A country which cannot tolerate dissent will eventually so circumscribe the limits of what is permitted to be said that it will no longer be recognizably a democracy. That is precisely what happened with your 1993 law on racism. It diminished Belgium and will continue to do so as long as it remains codified.

M. Belien is an asset to Belgium. He has a first-rate mind and his loyalty to his country is without question.

It is sad beyond words that in order to be able to practice any real free speech worthy of the name, this man – like Oriana Fallaci – will probably have to leave his country in order to be permitted to express his beliefs and principles. This will be Belgium’s and Europe’s loss; it will someone else’s gain. I do hope he chooses America as a refuge. He would be most welcome here.

History repeats its gloomy circuit, and the smart, the inventive, the people with energy and initiative are leaving the continent in droves. As you well know, Antwerp and Brussels are both experiencing a decline in their native population. And the population in general is ageing.

Unfortunately, your country has chosen this path and it seems nothing will deter it. As you no doubt well understand, those like M. Belien will continue to leave until you have a huge pyramid of ageing, retired people while the young will have fled to greener, freer pastures.

M. Belien may have come to regret his prophetic role – a prophet is often without honor in his own country. However, he has done Belgium a service by speaking out. Those who fear dissent will silence him, and we will bear witness to that.

14 thoughts on “Europe Silences Another One”