Seventh in an occasional series on the poetry of Louis MacNeice 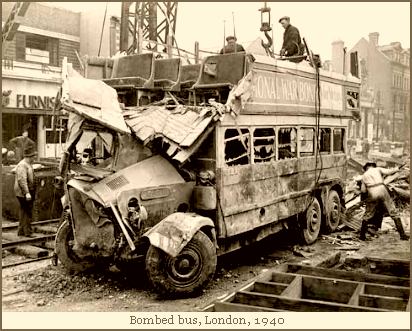 As 1939 drew to a close, the “Phony War” was about halfway over, although people at the time had no way to know that. All they knew was that catastrophe would eventually arrive; after Hitler and Stalin cracked the last of Poland’s bones and sucked out all the marrow, the attention of the Nazis would perforce turn westwards, and doom would surely come.

Except for those few in Britain who believed that letting the great dictators divide up the Continent would spare the British Empire from a similar fate, appeasement was no longer an option. Hitler had made his intention clear, and another Great War was about to begin.

Louis MacNeice’s greatest poem, “Autumn Journal”, was written during this late 1939 twilight. Part XXIV is the conclusion, in which the poet turns from all his other themes to face grimly what is to come.

Sleep serene, avoid the backward
Glance; go forward, dreams, and do not halt
(Behind you in the desert stands a token
Of doubt — a pillar of salt).
Sleep, the past, and wake, the future,
And walk out promptly through the open door;
But you, my coward doubts, may go on sleeping,
You need not wake again — not any more.
The New Year comes with bombs, it is too late
To dose the dead with honourable intentions:
If you have honour to spare, employ it on the living;
The dead are dead as Nineteen-Thirty-Eight.
Sleep to the noise of running water
To-morrow to be crossed, however deep;
This is no river of the dead or Lethe,
To-night we sleep
On the banks of Rubicon — the die is cast;
There will be time to audit
The accounts later, there will be sunlight later
And the equation will come out at last.

It’s no secret that Gates of Vienna considers our present time to be a reprise of the late 1930s. Doom is coming, but when?

We’re somewhere between the Anschluss and Dunkirk, but where, exactly?

When the Wehrmacht entered Austria in 1938, and all the Deutschesvolk were united for the first time ever, the shape of things to come became clear. From our vantage point, the events from then until the catastrophe at Dunkirk unfolded in a natural and inevitable sequence: the appeasement at Munich, Kristallnacht, the abrogation of Munich when the Germans overran Czechoslovakia, the Molotov-Ribbentrop Pact, the invasion of Poland, the Phony War, the Nazi occupation of Denmark and Norway, and, finally, the fall of France. Once that desperate fleet of little boats carried the British Expeditionary Force back to England, the “real” war finally began.

But in 1938 all this hadn’t seemed inevitable. Dire times were definitely ahead, particularly for the Jews and Eastern Europe, but… surely there was a way that Britain could be spared? Give Herr Hitler what he wants, and we will have peace, right?

That’s what appeasement is all about. That’s why the Europeans — whose lessons of history seem to have been neglected of late — offer Iran a light water reactor, trade concessions, jumbo jets, the kitchen sink, and anything else they can think of, desperately trying to obtain peace in our time. That’s why our State Department considers talking to the mullahs, and Hamas, and any other blood-drenched terrorist group that happens into our field of view. Make enough concessions, throw them a bone or two, and maybe they’ll leave us alone and settle for the Jews and the Hindus and the Sikhs and the Buddhists…

And, just as in 1938, the intelligent and resourceful people of Europe are fleeing to the United States. Ayaan Hirsi Ali is the first, Flemming Rose may well be next, and then who? Paul Belien? Anyone else who speaks out publicly against the smelly little orthodoxies of our time?

To make matters worse, we have institutionalized appeasement in the form of the United Nations. We’ve created and funded an entire army of bureaucratic appeasers, a myriad faceless clones of Chamberlain and Daladier, people whose careers and corrupt livelihoods depend on placating and befriending and cosseting and flattering the most appalling tyrants and mass murderers. All pretense of deterring aggression is gone, and we are left with the pursuit of peace at any price, a “peace” which means that anyone except the Western democracies may engage in plunder and slaughter as they see fit, while the U.N. expresses “grave concern”.

Our catastrophe isn’t here yet — we have yet to experience our Dunkirk — but we are coming up on 1940 awfully quickly.

Wretchard has placed us in the Phony War, but I don’t think we’re there yet. In order to be in the Phony War, we’d have to have given up all the illusions of appeasement, and fatalistically accepted the coming cataclysm.

That definitely hasn’t happened yet. That’s why we let Hamas govern Palestine, and help fund it. That’s why we’re going to watch helplessly while the mullahs get the bomb. That’s why we can’t do anything about the Wahhabists in Saudi Arabia and the Salafists in Pakistan. We have this quaint notion that somehow we might be spared the shape of things to come.

But we won’t. Our Dunkirk will arrive, and the little boats will haul our remnant across the water. What form will the disaster take? The detonation of the mullahs’ first nuclear weapon? The incineration of Tel Aviv? A container of biotoxins slipped through our laughable port security or over our southern border, and unleashed in a major city?

Our Rubicon is coming. It is too late to dose the dead with honorable intentions.

14 thoughts on “The New Year Comes With Bombs”