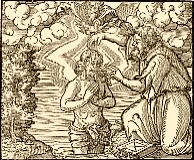 “Islam is the world’s fastest-growing religion.”

How many times have you heard that? A lot, right?

It’s the conventional wisdom. It’s in CAIR’s talking points. It’s one of the arguments marshalled for the understanding and acceptance of Islam.

The message is that Islam is so appealing that people everywhere are turning to it in droves. The subtext is that those people are easily offended and prone to violence, so we’d better embrace them with good will and the proper subservient attitude.

But Islam may not be growing as fast as you think. In fact, according to Al-Jazeerah, it may even be shrinking, at least in Africa.

“My dear Baron,” you say, “why are you, of all people, citing Al-Jazeerah as an authority?”

Well… It’s kind of like hearing Pat Buchanan speak out on the necessity of supporting Israel, or reading a press release from Cynthia McKinney opposing affirmative action. It makes you sit up and take notice.

A contributor to a site called “Ex-Muslims” has translated an Al-Jazeerah story from back in 2000. It is an interview with Sheikh Ahmad Al Katani about the number of Muslims in Africa.

Our topic this evening will be Christianization in the Dark Continent … Africa. For after Islam was the religion of the majority, the great majority of that continent, the number of Muslims now is no greater than a third of the population. This is taking into consideration, of course, that a large portion of this group are Arab Muslims. No doubt that the missions of evangelization and Christianization played a great role in this demographic shift of Muslims in the continent.

Later on, during the interview, Sheikh Ahmad Al Katani says:

Islam used to represent, as you previously mentioned, Africa’s main religion and there were 30 African languages that used to be written in Arabic script. The number of Muslims in Africa has diminished to 316 million, half of whom are Arabs in North Africa. So in the section of Africa that we are talking about, the non Arab section, the number of Muslims does not exceed 150 million people. When we realize that the entire population of Africa is one billion people, we see that the number of Muslims has diminished greatly from what it was in the beginning of the last century. On the other hand, the number of Catholics has increased from one million in 1902 to 329 million 882 thousand (329,882,000). Let us round off that number to 330 million in the year 2000.

Even assuming that the sheikh is exaggerating, there seems to be quite a movement from Islam towards Christianity in Africa. Maybe one reason is that you’re less likely to have your your limbs amputated, or to be stoned or beheaded, in a Christian society.

Many of the Islamic cultural groups in Africa and elsewhere were converted from Christianity or Hinduism at the point of a sword. Are they simply reverting to their former ways, once given the chance?

Muslims may be out-breeding the rest of us. But, in other respects, it seems that the “fastest-growing religion” patter is a scam.

Hat tip: Eurabia, a Dutch counter-jihad blog. A fair portion of the site is in English; it’s worth a visit.

34 thoughts on “The Fastest-Growing Delusion”