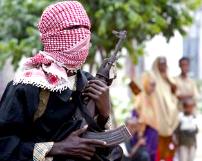 Most Americans knew little about Somalia until the early 1990s. Our new-found familiarity with Horn of Africa was an indirect result of the end of the Soviet Union, and the removal of Soviet influence and funding from the region.

The fall of Somali dictator Mohamed Siad Barre in early 1991 ushered in a reign of Hobbesian chaos in the country, which became yet another failed state. The results were predictable: violent warlords, starvation, mass suffering, abject destitution, and huge flows of refugees across the border into neighboring countries. The response of the Western media was equally predictable — “We (i.e. the United States) must do something.”

The results are well-known: the arrival of the U.S. military in Somalia, the debacle later chronicled in Black Hawk Down, the complete withdrawal of our troops, and the resumption of the reign of chaos. The UN took over, and Somalia went back to the way it had been before — a country-sized No Man’s Land.

We didn’t hear much more about it after that. Al Qaeda’s presence there — and the possibility that Osama bin Laden himself had been in Somalia — caused a small blip on our radar screen. The Somali pirates gained some headlines, but not for hijacking 25 UN relief vessels. That was simply business as usual. No, they had to go after an American cruise ship before they could draw significant attention from the Western media and the U.S. Navy.

The most recent news stories concerned Somalis in truck-driving schools in the Midwest, with speculation about the potential for Al Qaeda sleepers getting their HAZMAT licenses.

But for the last several months, without gaining widespread attention in the Western press, Somalia has entered a new phase in its civil war. In recent years, some of the warlords’ militias have been mutating into Islamist groups and creating Islamic courts to promote order within their enclaves, under the umbrella of the Shari’ah.

…since the collapse of the government in 1991, a variety of Islamist reformist movements have sprung up inside the country – some inspired or sponsored by foreign interests. The vast majority are non-violent and opposed to ideological extremism. The largest groups, notably Jama’at al-Tabligh and the Salafiyya Jadiida, practise missionary activism aimed at steering lax Muslims back towards the true path of their faith. A much smaller proportion, including Harakaat al-Islah and Majma’ ’Ulimadda Islaamka ee Soomaaliya, are politically active but not extremist, struggling rather to influence the future of the Somali state and its political system. By far the smallest reformist groups are those composed of jihadis, such as the now-defunct al-Itihaad al-Islaami and the new, nameless one fronted by Aden Hashi ’Ayro.

Other, ostensibly Islamist entities have more complex origins and agendas. The Shari’a (Islamic law) courts that have sprung up across southern Somalia over the past decade began as essentially clan-based institutions intended to restore security and order in a stateless society. Attempts to unify and coordinate the court system, however, have been in large part politically motivated, and some courts have been hijacked by jihadi leaders. This kind of cooperation, combined with independent sources of funding, has allowed some courts to exercise greater independence from their clans, and since early 2005, the Shari’a court system in Mogadishu has been pursuing an aggressive political and social agenda.

Since the beginning of this year, the Islamist groups have been more aggressively successful in their struggle against their non-Islamist counterparts. Their major strategic objective is control of the road between Mogadishu and the country’s primary port, Elmaan.

Before the advent of the warlords, Mogadishu had its own port. However, it had to be closed in 1995, after the ongoing battle for control of its facilities had rendered it unusable.

Since then the control of the road leading to the port at Elmaan has been a major source of revenue for the warlords, whose militias set up checkpoints and exact tolls from all travelers.

When the Islamist leader Abukar Omar Adan attempted to seize control of the area, he did something that ten years and hundreds of millions of dollars in Western aid couldn’t do: he got the rival non-Islamist warlords to unite, in order to oppose him. In the last few weeks there has been a series of bloody battles going on between Adan and a new group called the Alliance for the Restoration of Peace and Counter-Terrorism, with 52 people killed in clashes during the final week of March.

According to a recent story in the Independent Online,

The fighting was sparked by a row over land ownership in which one militia leader, Abukar Omar Adan, a staunch supporter of the Islamic courts, attempted to grab the piece of land attached to the Aisaley airport north of the capital and which is controlled by rival warlord Bashir Raghe Shirar.

The two men belong to the Warsangale sub-clan of Abgal within the larger Hawiye which is dominant in Mogadishu and its surroundings, but they have different political affiliations.

Adan is allied to the Islamic courts of Mogadishu, which control pockets of the lawless capital, while Shirar is a co-founder of the newly formed Alliance for the Restoration of Peace and Counter-Terrorism (ARPCT) which is opposed to the growing influence of the Islamic courts.

A story in the Middle East Times reports rumors that ARPCT is being supported by the United States in order to counter increasing Al Qaeda involvement in the Islamic courts. Not a bad move — the idea of an African version of the Taliban gaining control of Somalia is not something one wants to contemplate.

According to a February analysis of Somalia, also in the Middle East Times:

The ongoing clan-based civil war there has also allowed arms smuggling and piracy to flourish. Ships carrying emergency UN food deliveries have been among the 25 vessels hijacked since last March.

Despite taking a hands-off approach, fears of Islamist militants taking over the capital have moved the US and other governments to back Somali counter-terrorism networks made up of faction leaders and former police officers. This strategy is said to have led to the capture of one key Al Qaeda figure and the arrest of more than a dozen militants.

However, a recent report by the International Crisis Group (ICG), a Brussels-based think tank, said that although militant groups with ties to Al Qaeda continue to use Somalia as a base and transit point, there is little evidence that the public is behind them.

So, after fifteen years of non-stop chaos and bloodshed and economic destruction, the Somalis are still not ripe for Al Qaeda.

I wonder why that is? Could it be because the Somalis are black Africans, and not Arabs? A long history of cultural domination and enslavement at the hands of their Arab masters might have left Somalia ill-disposed to yield to further management by the princes of Arabia.

In any case, Somalia, like so many other places nowadays, is worth watching.

3 thoughts on “The Taliban, Somali-Style”