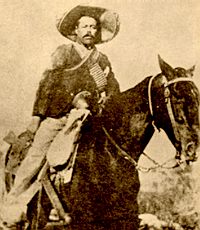 Today, CNN ran an Associated Press report about a showdown at the border between Mexicans dressed in military uniforms and Texas law officers.

CNN managed to make this story exceedingly boring, scratching the surface of an important problem while employing a style so flat you could nod off before reaching the end of what they had to say.

Most importantly, though, they provide no background beyond the usual “200 sightings of Mexican military, etc.” Nothing to add to what we already know, and nothing of substance.

The MSM is the junk food of information nutrition.

Why? Is it just ineptitude? Do they not care about American sovereignty? They could have been talking about a showdown in Sri Lanka for all the import their story carried.

Meanwhile, another member of the MSM, The Washington Times, was all over this story like chocolate on New Orleans. And they filed their reports last week, for Heaven’s sake. They had names, numbers, complications and possible solutions.

Reporter Jerry Seper wrote two stories on the problems we’re having at the border, and columnist Tony Blankley took the governmental bureaucracy to task for its failure to lead — or for that matter, even to follow.

On January 17th, The W.T. Insider had the first story. Our report, “Mexican Military Now Invading Our Borders” and the link to Seper’s report here:

Then, on January 19th, Seper again reported on the situation, with more background and some information regarding a program, “Red Zone” that has been funded but has not been implemented.

And where is CNN in all this? Asleep at the wheel, or doing busy work with its story on Disney’s acquisition of Pixar.

Compare the three reports, two from The Washington Times, and the one today from CNN (a week later) and judge for yourself. Who is reporting the news and who is going through the motions?

As a commenter said of the story on the vandals who were sentenced recently for their destruction of Republican vans more than a year ago in the run-up to the last Presidential election, “Why didn’t we hear about this?” Why, indeed? The Milwaukee paper carried the story but it doesn’t seem to have been picked up or remarked upon in the wider media.

Don’t you wonder why CNN’s big story was Disney acquisition of Pixar? Sure, it matters if you have stock in either company, but other than that it’s trivial.
Maybe that’s the problem with CNN? It can’t tell the trivial from the important.

Compared to our serious, complex, and likely explosive problems with Mexico, the Disney and Pixar story is a gnat’s fart.

7 thoughts on “Boring As a Gnat’s Fart”