By the process of tracing a series of links through the labyrinth of cyberspace a whole universe of meaning may emerge.

First,from a Horsefeathers post, MADRASSA ON MORNINGSIDE HEIGHTS, the reader clicks on a letter to the editor from an alumnus to the Columbia Spectator, a letter in which he decries the University community’s “silence… in response to a statement about Israelis made by MEALAC professor Hamid Dabashi” in the Egyptian newspaper Al-Ahram.

The letter writer’s excerpt is interesting enough to merit a closer look at the original document. From the Spectator, via a short ride on Google, the traveler arrives at the offending article. The Spectator letter writer had indeed been appropriately “disgusted.” What follows here is a particularly malign excerpt from Dabashi’s windy (thirty seven verbose pages) account of his journey in Palestine in July, 2004. After a visit of several days, during which time he reports in detail about the numerous “teenage” Israeli military he encounters, Mr. — sorry, Dr. — Dabashi is at the point of leaving. He’s at the airport, where security is heavy and searches are thorough. Why do you suppose the Israelis are so meticulous about security? This question never crosses the good Professor’s mind.

I sat on the edge of the counter and awaited my fate. I looked around me. The place had an uncanny similarity to an airport, but the garrison was a fully fortified barrack, with its battalion of security forces treating all the transient inmates with equal banality. It was not just coloured Muslims (note: Dr. Dabashi is Iranian. No darker than any of the other people there. Check out his picture on Electronic Intifada) like me that they treated like hazardous chemicals. It was everyone. “One,” as in our quintessential humanity, melted in this fearful furnace into a nullity beyond human recognition. What they call “Israel” is no mere military state. A subsumed militarism, a systemic mendacity with an ingrained violence constitutional to the very fusion of its fabric, has penetrated the deepest corners of what these people have to call their “soul.” What the Israelis are doing to Palestinians has a mirror reflection on their own soul — sullied, vacated, exiled, now occupied by a military machinery no longer plugged to any electrical outlet. It is not just the Palestinian land that they have occupied; their own soul is an occupied territory, occupied by a mechanical force geared on self-destruction. They are on automatic piloting. This is they. No one is controlling anything. Half a century of systematic maiming and murdering of another people has left its deep marks on the faces of these people, the way they talk, the way they walk, the way they handle objects, the way they greet each other, the way they look at the world. There is an endemic prevarication to this machinery, a vulgarity of character that is bone-deep and structural to the skeletal vertebrae of its culture. No people can perpetrate what these people and their parents and grandparents have perpetrated on Palestinians and remain immune to the cruelty of their own deeds.

I sat there frightened — frightened not by any specific danger, not by the massive machinery of death and destruction that surrounded me in that checkpoint and beyond that checkpoint into every nook and cranny of the occupied Palestine I visited, not by any specific machinegun hanging from a thin neck, frightened by the miasmatic mutation of human soul into a subterranean mixture of vile and violence that preempts a human being from the simplicity of a human touch, of a human look, of a human voice. Where did humanity end in this colonial settlement and machinery begin? Is this the reason why Israel as a collectivity is so indifferent to what the rest of the world thinks of it? Is Ariel Sharon accidental or integral to these people? They were not subjecting just me to this sub-human behaviour. They were indiscriminate to names, passports, identities, nationalities. All humans to them were not just potential but actual bombs, with different timing devices set to trigger their explosion at varied, but certain, intervals. How can a people live with such fear without becoming fear incarnate? Not a single sound of laughter, not a single sight of a leisurely walk, no one crying for a departing loved one, no one joyous at the arrival of a friend, no human rush to catch a flight, no two strangers exchanging flirtatious glances. Before I had left New York I had just watched Orson Welles’ adaptation of Kafka’s “Trial” (1962) — and I felt I was in the midst of that nightmarish labyrinth of deceased shadows and sinuous insanity. I lifted my right hand and touched my left elbow, while looking at myself doing so. I was dead cold.

Never fear. After a thorough examination of his person and personal effects, Dr. Dabashi makes his flight in time. In fact, they held the plane for him, though he doesn’t seem pleased about it. His flight is marred by the presence of so many other passengers around me… talking relentlessly, almost all at the same time, to my tired ears and nauseous headache in an indecipherable combination of Brooklyn English and relentless Hebrew.

It’s difficult to say if Dr. Dabashi’s anti-Semitism is his most telling trait or if it is his narcissism. In these thirty-seven pages the first person appears in some form almost five hundred times. Except when he is excoriating the Israelis, Dr. Dabashi’s reality is almost totally self-referential. In fact, his self-absorption might be of clinical interest to a curious psychiatrist.

Then there is his purple, roiling prose with its profusion of metaphors. In just this snippet, we have airport as garrison, fearful furnaces that “melts the human soul into a nullity,” and “military machinery” that is “unplugged” yet dangerous. And all these frightened, freighted metaphors are on “automatic piloting”(sic). Well, that gives you the idea.

The good professor is badly in need of two things: a psychiatrist and an editor. It’s hard to say which he needs more.

You decide. Read the whole thing.

Another visit with Dr. Dabashi is obviously in order. Stay tuned.

Donate to Gates of Vienna 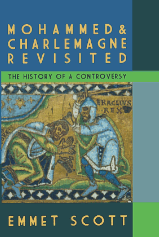 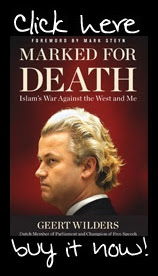